We all know last week apple launched new iPhone 5s and iPhone 5c with iOS7 in it and to our surprise it sets a new record in sales.According to the reports Apple sets a new record by selling 9 million iPhone 5s and 5c combined in a full weekend.Last year Apple has set record for selling 5 Million iPhone 5 in a full weekend and 4 million iPhone 4s in a full weekend prior to that.Now it broke its own record by selling over 9 million iPhone 5s and iPhone 5c combined. One thing we all must admit here Apple fans all around the world were loyal to it unlike others.Prior to Apple it was Nokia who had loyal fans all around the world but everything had changed since the launch of Apple’s  iPhone back in 2007.No matter how many people criticize Apple for its same kinda design and small screen compared to today’s Android especially Samsung and other China brands, Apple leading in its own way it has strong App ecosystem and premium design and easy to use UI which attracted users initially and even now many old aged people prefer iPhone because of its clean & simple user interface(UI). 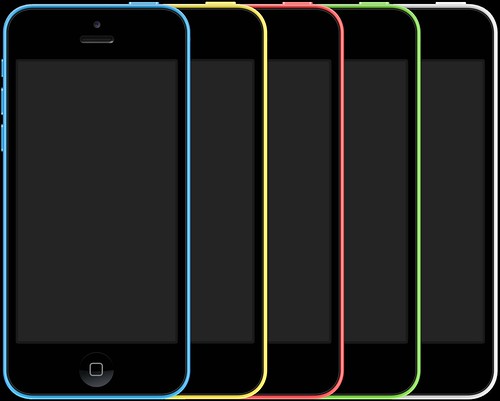 The individual sales chart of iPhone 5s and iPhone 5c is not out yet but analysts estimates that iPhone 5s outsold iPhone 5c .Apple is very happy for breaking its own record again and as well as for the stock market raise,Tim Cook says surprisingly

“This is our best iPhone launch yet”

Apple has made the new iPhone 5s & 5c available in China ,which is largest market in the world and has plenty of room for further growth in sales.Anyways we have to wait and see the Q4 earnings of Apple because of this new launch of iPhone 5s and 5c .