The New Blackberry Z10 Smartphone,the first full touch & large screen 4.2″ smartphone from Blackberry.It is to be noted that Company tried to comeback in to the Smartphone race with this Blackberry Z10 yet it is not fruitful as it is too late.Blackberry Z10 released worldwide on Jan 2013, it launched in India only on June 2013 for a high price of Rs.42,000 which is equal to its rivals Apple iPhone and Samsung Galaxy’s. But sales was not good enough because of its high price as well as lack of important apps and games  in blackberry market.So blackberry slashed its price around Rs.29,000 even then sales doesn’t pick up in India as Android rules all over in India. 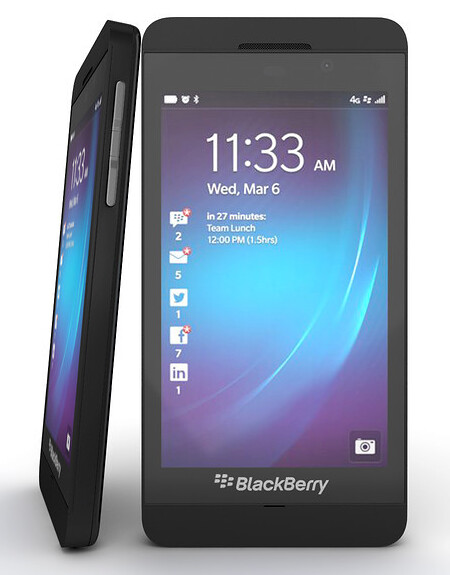 Blackberry is famous for its security system and BBM (Blackberry messenger) for this reason it is famous among corporate users.If you’re one among them you can go for Blackberry Z10 without any hesitation.Blackberry Hub will make your work easy.Now Ebay India Offers you Blackberry Z10 for just Rs.21,527  until 25th October 2013 with free shipping anywhere in India.Grab it before the offer period ends.The Blackberry Z10 has 4.2″ capacitive touch screen with 8 Mp rear camera and 2 Mp front camera with Full HD recording,16GB inbuilt storage and SD expansion powered by 1.5GHz Dual core processor with 2GB RAM runs Blackberry 10 Operating system(OS),1800 mAh battery under the hood and weighs 137g.To know the full configuration click here