You are here: Home / Archives for BlackBerry 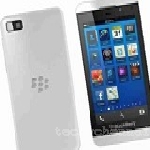 The New Blackberry Z10 Smartphone,the first full touch & large screen 4.2″ smartphone from Blackberry.It is to be noted that Company tried to comeback in to the Smartphone race with this Blackberry Z10 yet it is not fruitful as it is too late.Blackberry Z10 released worldwide on Jan 2013, it launched in India only on […]