We already knew the Nokia Lumia 520 was a huge hit and very popular among Windows Phone users.Nokia has planned to release the successor of Lumia 520 which is Code named as Glee aka Lumia 525.A leak from China website posted the Lumia 525 image along with Specs.According to the rumour The Nokia Lumia 525 will be music -centric and other configurations are identical to its predecessor but the major difference here is Lumia 525 has 1GB of RAM under the hood.Lumia 520 has already performing well with 512MB of RAM since Windows Phone 8 OS is not resource hungry like Android.There is no Android can perform well without lag even with 1GB of RAM.Check the leaked image of Lumia 525 below 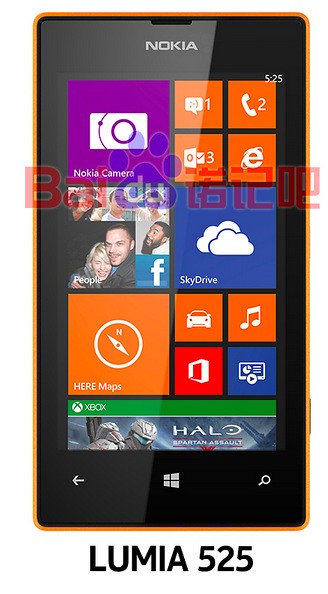 Windows flavored device Lumia 520 shines in Fluid performance along with Nokia’s beautiful design,but its not the main reason for it to shine , Lumia 520 price(9000₹ in India) is very budget friendly which made it so popular in India as well as in other parts of world.If lumia 525 priced effectively like Lumia 520 ,it may outsell its predecessor without any doubt.Check the leaked specs of Lumia 525 below

According to the rumor the Nokia Lumia 525 will contain New Bluetooth headset which is called as Nokia Guru Bluetooth Headset in the Box.Since there is no official announcement made by Nokia take the news with pinch of salt.Anyhow doubts will be cleared on Nokia World which is going to be held soon