Nokia announced 2013 ,Q3 Report. According to the Q3 report it has gained $162 Million Profit from $7.8 Billion revenue.This clearly indicates Nokia did a right thing in choosing Windows Phone OS rather than Android.When every OEM chose Android simply because its a Open source Nokia chose Windows Phone OS which is from Microsoft and this decision itself differentiated Nokia from other Manufacturers.If Nokia had chosen Android it might have been real hard for Nokia to see a profit because its rival would have been the Mighty SAMSUNG which is current king in Android World covering all ranges of smartphone for all kind of people.Exactly a year before Nokia reported its 2012,Q3 report which is at loss of $754 Million but now it reported profit of $162 Million which is massive year over year growth. 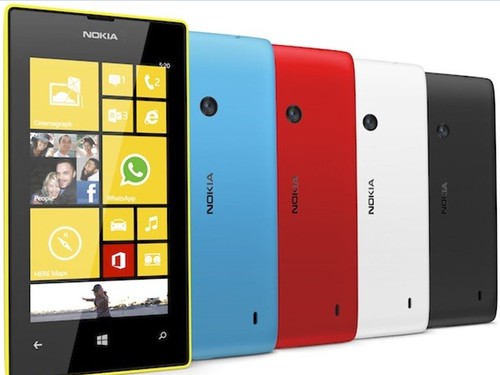 This is the first report from Nokia after the official announcement made by Microsoft that it had bought Nokia’s Phone business.This time Lumia’s on the rise in Nokia’s profit rather than Asha series and other Nokia feature phones.In 2012,Q3 Nokia only sold 2.9 million Lumia’s which is very less but in next quarter report it has sold 7.4 million Lumia’s which is great number compared to its previous quarter.but now it has broken its own record by selling 8.9 Million Lumia phones .Nokia Lumia 520 rules the Nokia windows market because of its less price.As expected sales of Non-Lumia devices that is Asha series and other smart feature phones were down compared to year over year result.Last year Nokia managed to sell 76 million non-Lumia devices whereas this year it had sold only 55.8 million.

Microsoft will acquire Nokia phone business fully early next year.Even then Nokia will be able to see Good profit according to analyst.It is because Nokia still has HERE Map services and navigation services with them along with Patents, with only less number of employees to pay Nokia will see a profit in its own way.With the latest announcement of Nokia Lumia 1520,Lumia 1320 and Lumia 2520 which is a first tablet from Nokia, we can expect high profit in next Q4 result. It seems Nokia financial status will improve from now on.