Nokia finally announced highly anticipated Lumia 1520 today’s press event in abu dhabi along withNokia Lumia 1320,Lumia 2520 and Asha series.Nokia Lumia 1520 is the first quad-core 6″ inch Windows Phone 8 Phablet  from Nokia.It may be even the last Phablet from Nokia as Nokia’s handset Business was bought by Microsoft for €5.44billion Officially 2 months back.Lumia 1520 is 6-inch Phablet with inbuilt wireless charging feature,1080p display Full HD,First Quad core among Windows phone 8 family and has 20Mp camera at its back  for camera lovers, 3400 mAh Battery under the hood and weighs 209g. 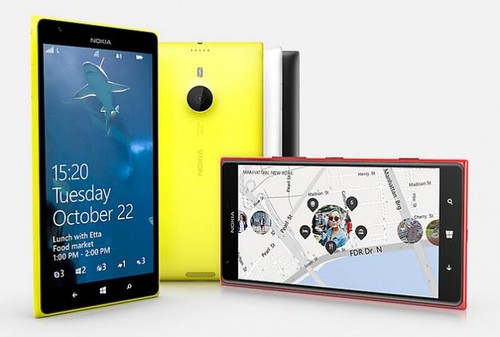 The Nokia Lumia 1520 is first of windows phone in many aspects such as size,display,huge battery,processor.The lumia 1520 has massive 6 inch LCD display with 1920x1080pixels resolution Full HD with Clear black display 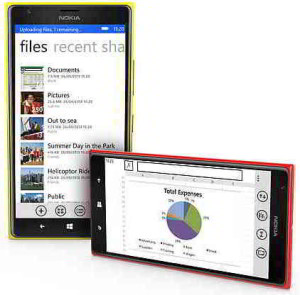 technology from Nokia you can able to read and access your phone even under the sunlight without any difficulty and third row of tiles can be added now.It is to be noted Lumia 1520 is the first one to support Full HD that comes with the latest windows GDR3 update.

Currently Lumia 1520 is the fastest windows phone as it runs on latest processor Quadcore Snapdragon 800 MSM8974 SoC clocked at 2.2GHz and Adreno 330 GPU coupled with 2GB of RAM which will give you amazing performance while Gaming and for heavy usage.Lumia 1520 has 3400 mAh battery that will give you 24 Hrs of talk time and 11Hrs of video playback.And also it supports 4G, NFC,Bluetooth 4.0,A-Gps,Nokia Glance Screen and many other features.

One thing Nokia shines out among other Smartphones is Camera. Nokia is the best out there when its comes to camera.Nokia 808 is the first smartphone that had 41 Mp Pure view camera with Symbian OS during 2012, and in 2013 Nokia released lumia 1020 41Mp pureview Windows Smartphone,Now Lumia 1520 has 20 Mp pureview camera on its back with Carl Zeiss Optics and 1.2 Mp camera on its front for Skype and other video calling purpose.The only Android smartphone out there with 20Mp camera is Sony Xperia Z1 AKA Honami.But it doesn’t shine in front Nokia’s Pureview technology.Nokia Smart camera app will make you feel like pro when you’re using Nokia camera.

The other goodies that comes with Nokia is free offline navigation,free HERE Maps,HERE transit,Nokia Unlimited Music services,New Story teller app,Nokia ringtone maker,Nokia video trimmer and many other.Last thing is Nokia Lumia 1520 has 4 HAAC Microphone for seamless recording,It is best among Phablets and smartphones when it comes to recording.

The Nokia Lumia 1520 is AT&T exclusive in United sates of America (U.S) and price is 749$ off contract which is around 46,500 Indian rupees. It is expected to hit the stores before December 2013.