Nokia announced the new series of Asha phones officially in today’s press event that took place in Abu Dhabi.The New Models are Nokia Asha 500,Asha 502,Asha 503. Nokia Asha series stands between feature phones and smartphones.The New Asha series are very well designed by Nokia design engineers and without any doubt it looks beautiful and stylish than its predecessor Asha 501.New Asha series sports a new design with its bright vibrant colors covered by transparent  layer,which adds further beauty by reflecting sunlight when you were outside. 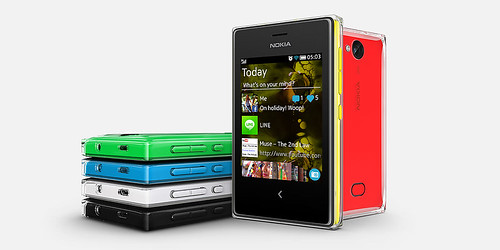 As i said earlier New asha series stands in between feature phones and smartphones , It has only low end specs but it does all the basic needs,with Fastlane UI it will make you feel like you’re using Smartphone.Nokia Asha 500 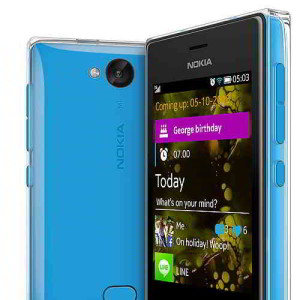 configuration is 2.8″ touch screen with 240×320 pixels and it has 2 Mp camera at its rear end and comes with single SIM and Dual Sim options.Nokia Asha 502 is 3″ touchscreen,dual SIM with 5 Mp camera on its back.

Out of these three Asha Models,Nokia Asha 503 stands superior it has 3″ touch screen with 5 Mp Camera with LED flash protected by Gorilla Glass 2 and it is the first & only 3G capable Phone in Asha series as of now.And it comes in both Single and Dual Sim versions.Asha series comes with a Fastlane UI which was introduced along with Nokia Asha 501 you can access all the notifications and apps just by swiping like in Nokia Meego N9.All the Asha series having same resolution 240×320,64MB RAM with microSD support upto 32GB and the best thing is Whatsapp is scheduled to launch for all the new Asha models in coming weeks.The price of Nokia Asha 500 is 69$ which is around  Rs.4278, price of Asha 502 is 89$ (Rs.5518) and Price of Nokia Asha 503 is 99$ (Rs.6138 ) .Check out the Ad below