Samsung unveiled the much awaited Galaxy Note 3 as usual with high end specs.There is no major change in its front design from its earlier models and at the back side you can notice faux-leather finishing and it comes in three colors white, black and blush pink. 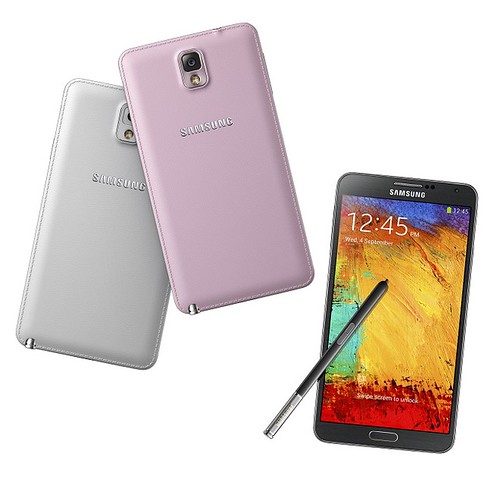 The Galaxy Note 3 has 5.7″ screen which is larger than Galaxy Note 2 its predecessor that has 5.3″screen and also it is slightly lesser in weight and slimmer than Note 2. On the Specs end it has 3GB of RAM ,2.3GHz Quadcore processor on LTE model and in 3G model it will be having 1.9GHz Octocore processor along with 13MP rear camera and 2MP front Camera and the screen is HD SAMOLED with 1920 x 1080 resolution.The back cover was removable and also samsung offers back covers in 9 other colours for more personalization.

The pricing of Note3 is yet to be announced later and it is set to launch on September 25 in 149 countries with Android 4.3 on device.